An excerpt from the book, Molecular Influence: 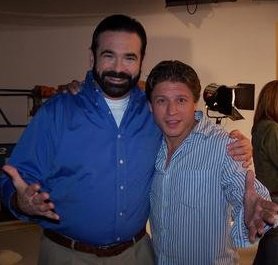 At the young, malleable age of 7, I was able to experience the world through the eyes of one of the world’s greatest pitchmen. It would further shape every decision I made in my entire life, including studying psychology in college.

In 1986, I became friends with the man who managed to take both of those skill sets to the next level – a real life sales superhero – Billy Mays.

Each year at the Home and Garden Show, Dad got the very same location for his trade booth – a spot directly across the aisle from another salesman from McKees Rocks – Billy Mays. Billy was always selling something that was just downright magic.

Every 20 minutes or so, Billy would have a crowd gathered, and his pitch would start. I had seen him do the same type of pitch over and over again for two days straight every year for the last three years. He was outstanding to watch and managed to magnetically draw people in with his energy. At the end of each show, people lined up to buy whatever he was selling – and they almost always bought 2 of them.

My Dad was working the Guardian booth across from Billy, speaking with a potential lead, and as a couple walked past our booth with 2 of Billy’s mops, I overheard them say “It really stinks that you can only buy 2”. I then looked around at everyone carrying 2 mops and at that exact second I had a Eureka Moment and realized Billy was doing something magical in his skit that almost forced people to purchase the maximum amount – every time. The same as Pap did when he did his magic tricks. I realized Billy Mays was stacking the deck and utilizing a perfectly planned skit that forced people to buy the max.

I had never seen something work so consistently and without fail. In my short time on earth, I hadn’t seen him lose a single bet. Although he wasn’t always perfect in his delivery, the core mental tricks and same sleight of hand were standard and meticulously placed throughout his delivery. The participant and onlookers didn’t have a clue.

After completing the trick, Pappy would always give them their money back. My Dad always thought Pap’s magic was just a hobby because it didn’t make him much money and he had to sell insurance for 35 years to pay the bills. I always wondered why Pap didn’t keep the money as part of his magic business, but I was too young to think much of it.

It seemed to me like always winning the card trick was a good business model, and here, Billy found a way to utilize it to sell mops.

Like my Pap, Billy had produced a skit that achieved the desired outcome 100% of the time – yet the audience had no idea what was happening to them. It was another form of magic, just a different application of its principles. Of course, at the age of 7, I had no idea what Billy was doing other than some form of magic. Curious as can be at that age, I had to know the trick and how he did it.

After finishing up one of his shows, I approached him, wide-eyed and in complete awe.

“Hi, I’m Russie and I want to learn to do what you do, but better.” I said with an odd level of confidence.

“Ok then kid, I am going to teach you a secret weapon and how to use it.” Billy said. “I want you to come stand right next to me at the next presentation.”

Billy then went on to explain that at a certain point throughout the pitch, I was going to see the eyes of the audience start to follow him in amazement, and that I would start to see – one-by-one – each of the onlookers begin to “lock on” to him. He explained that, once he had them all locked in – at that exact point – he was going to hit them with an offer that makes it nearly impossible to resist walking away without purchasing 2 of them.

20 minutes later at his next show, Billy made sure I was right next to him as he got on his microphone to start drawing a crowd. My head was about at his hip level as we stood facing the gathering crowd.

Then the skit began. “Hey everybody! – I’m Billy Mays and I’m here to show you about the new and amazing….” As Billy ramped up his pitch, I stood there and watched as he meticulously and methodically grabbed each of the onlookers attention at a deep level. Just like Billy said, the moment he hooked them, I was able to see it in their eyes.

Certain men in the crowd were amazed at the way it cleaned up motor oil. Women in the crowd were amazed at the ease in cleaning the mop after use. The children giggled and the adults panicked when he squeezed entire bottles of ketchup and mustard on the floor, only to quickly and easily soak it up with a mop – finally wringing it out in a bucket while pointing out to the crowd that it only took seconds to clean up 2 full bottles of condiments and clean the mop.

Then – right on cue – Billy hit them with the now infamous “But wait there’s more!” letting them know that if they act now, they would also get this special cleaning product, which he then immediately spent a few seconds demonstrating. Finally he told the excited and amazed crowd that unfortunately, due to high demand at a previous show, that there was a limit of 2 per customer.

At that exact moment, customers began fighting hand over fist to buy 2 of these mops. The best part of the whole thing, was that is was just a mop. Throughout his demonstration, be slowly took a simple kitchen mop and made it magical in the eyes of the audience. In 10 minutes, he had officially influenced the entire group at a whole new level – and I got to see if from the driver’s seat.

Dad and Pappy were like superheroes to me, right up there with Spiderman – but Spiderman was a comic book character, and comic books weren’t real. Billy Mays was the real deal and my new superhero.

Throughout life, when asked “What do you want to be when you grow up?,” I would reply, “Billy Mays!” and always get the response, “Who is Billy Mays?”

“The only salesman better than my Dad.”

As a frame of reference, that was in 1986. Billy Mays didn’t make it onto national infomercials until his big break fourteen years later with OxiClean in 2000. 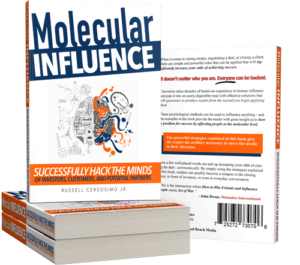